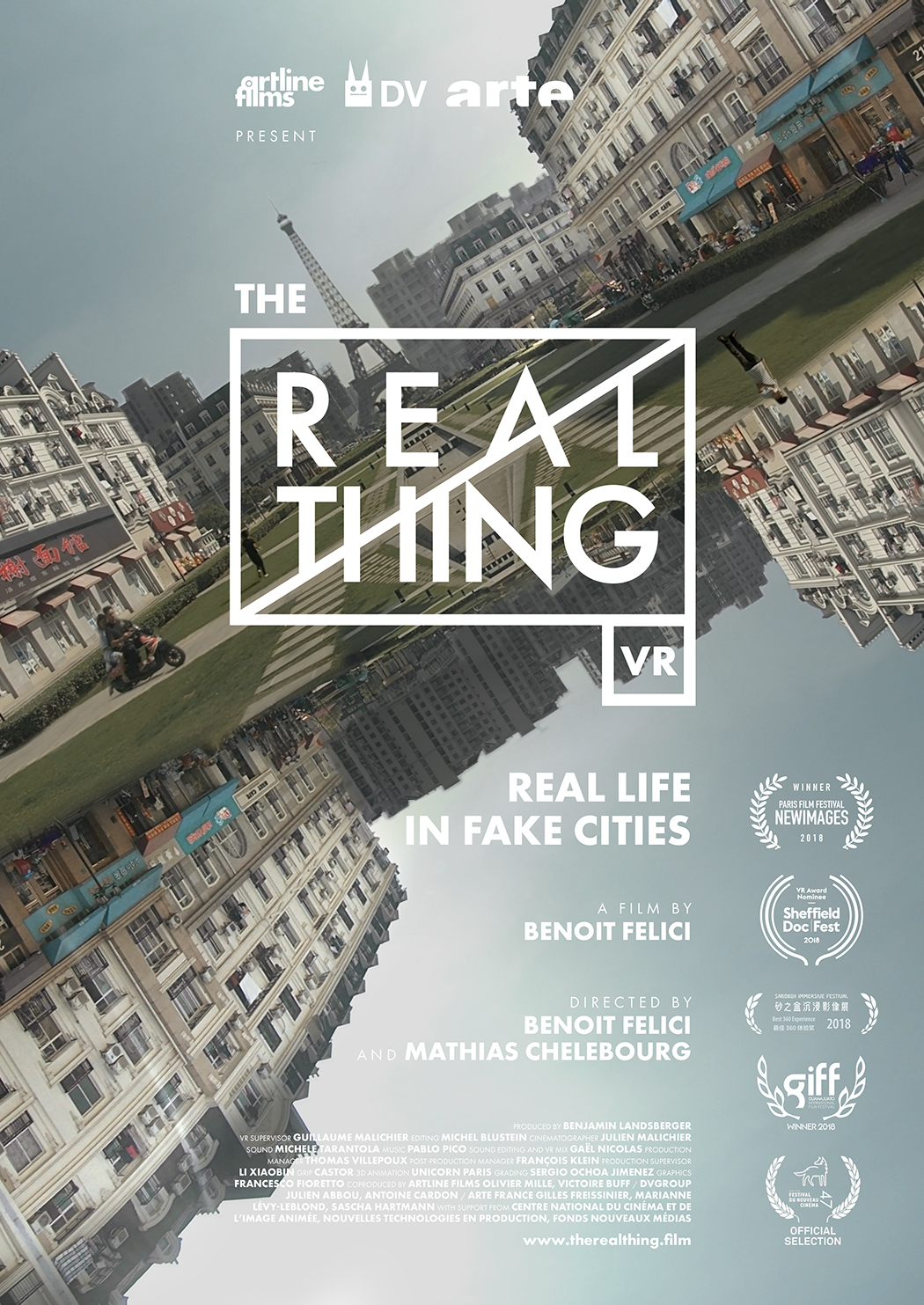 A VR journey into a copy of our world.

Around China’s largest cities, entire neighbourhoods have been  inspired  by  foreign  models. The film explores the most stunning of these « fake cities ». lt travels from Paris to London and Venice – without leaving China. The inhabitants guide  us  in  the  parallel  world  where  they have chosen to Iive.

As VR leads the way to virtual tourism, copycat cities compete to offer a real experience of static travel. Walking the thin line between reality and virtuality, this documentary combines both to enhance a whole new feeling of ubiquity.

The VR film offers an unprecedented insight into  the  fascinating  « parallel  world »  of architectural copies. lt exposes how some of the world’s most famous cultural landmarks have been « relocated » in a radically  different environmen (where real  and fake blend into each other. Virtual tourism in virtual cities, yet in real places with real inhabitants… THE REAL THING fully combines VR cinema and  documentary filmmaking to enhance the audience’s sensation of immersion.