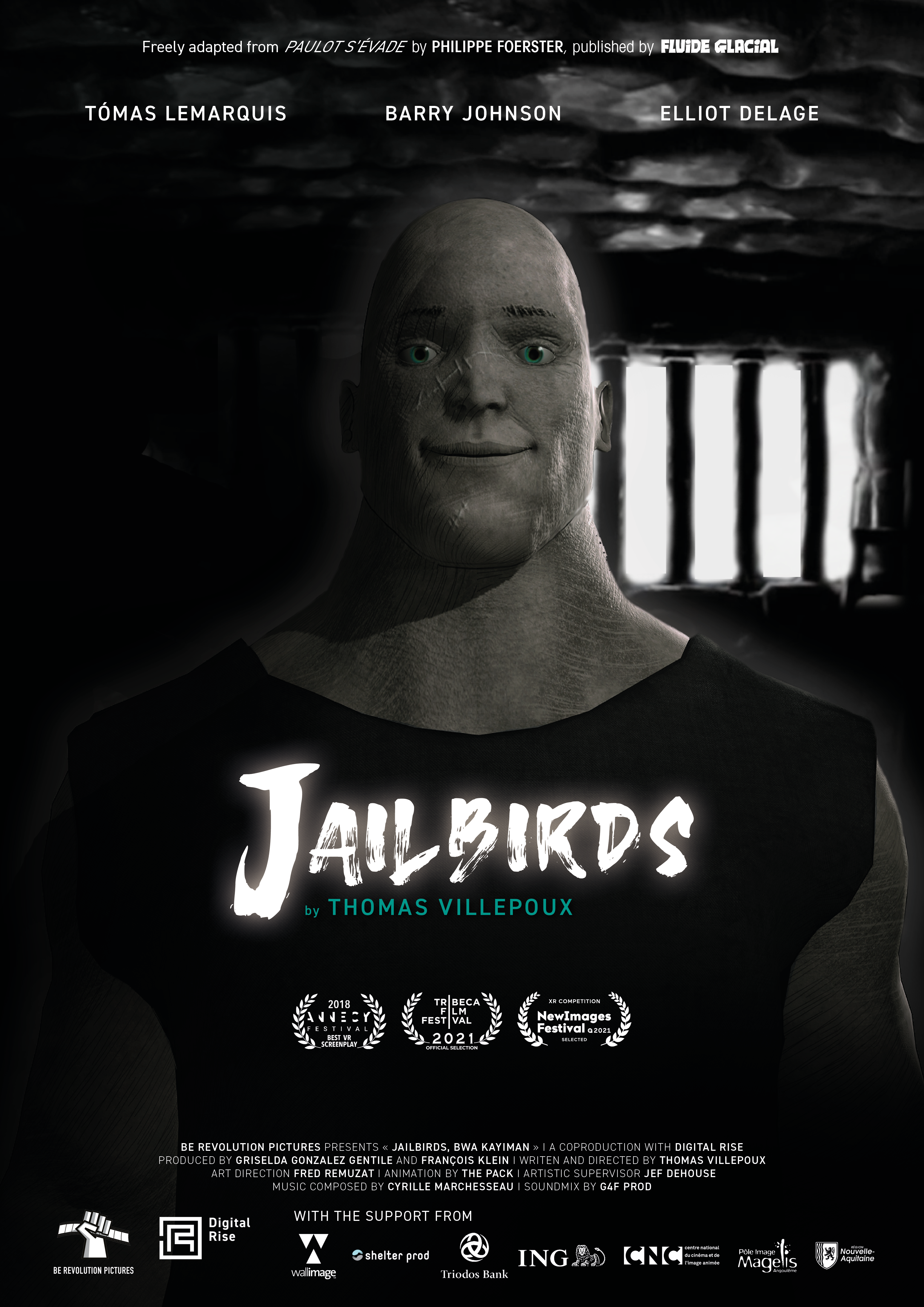 JAILBIRDS takes place in a modern hell prison ruled by a vicious CHIEF WARDEN. But in this living nightmare one guy, FELIX. One tall, muscular gang member is always happy. He lives in serenity and peace of the mind spending his days between crayon drawings and meditation. It enrages the CHIEF WARDEN. For him, the inmates are here to suffer and pay their debt to society. So he’ll do everything he can to discover Felix’s secret.

JAILBIRDS is a NARRATIVE EXPERIENCE designed to be both a 3 times 5 minutes ROOM-SCALE VR series and a S3D animation short film.

It’s an adaptation written and directed by Thomas Villepoux from the comics story PAULOT S’EVADE by Belgian Author Philippe FOERSTER . Published in 1988 in the french satiristic magazine FLUIDE GLACIAL.

JAILBIRDS is an expressionist experience where the immersion is done in a universe sometimes dreamlike and sometimes nightmarish. It is a bittersweet, ironic fantasy tale about the freedom of men, alternating between claustrophobic sequences within a prison and frenzied flights through beautiful landscapes.

The freedom of movement offered by the 6 degrees of freedom devices, takes on a special meaning with JAILBIRDS. It becomes a new tool of narration, a possibility to intentionally frustrate the spectator, to build envy and offer additional symbolism in which the spectator is involved.

A WORLDWIDE  CO-PRODUCTION FROM EUROPE

JAILBIRDS has already been three time awarded in its development for the quality of its story and technical innovations. It has been granted by French commission CNC in development, by Region Nouvelle Aquitaine as Département de la Charente.

A Co-Production Be Revolution Pictures – Digital Rise. With the financing support from Wallimage, Belgian Taw Shelter.

Next Project (n) Mandala - A brief moment in time